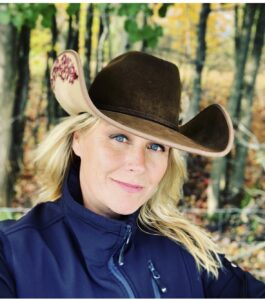 Lorie was born and raised on a scenic dairy farm overlooking the ocean in Topsail, Newfoundland. Lorie credits her parents and “the simple farm life” to how she developed her Philosophy of Horsemanship.

Lorie’s philosophy of communication, trust & respect helps establish a safe and solid inter-disciplinary platform.  Lorie’s philosophy supports and enhances the continued mutual learning of humans and horses that work together.  Lorie has had many successes from teaching her program which has taken her throughout North America, Europe & Asia.

One of Lorie’s greatest achievements was to be the “First Ever Western Performer” invited to the RCMP Sunset Ceremonies for 2 consecutive years (2016 and 2017) to showcase the western discipline and to demonstrate her horsemanship Philosophies.

Some highlights of Lorie’s Achievements, Awards and Certificates;

In November of 2014,  Lorie  woke up with partial paralysis on the right side of her body, 3 discs in her neck were all blown. (This was Not due to a horse accident).  I was scheduled for an emergency disc fusion. After surgery Lorie,  was in a neck brace to stabilize her head and neck for nearly a year with many setbacks. I was completely demobilized for several months, looking out my window wondering if I would ever ride again. I now always say during my horsemanship clinics “never look back, we can’t change the past and what’s behind us”. We can’t change the horses past we can only change the future for them, so think about their future, and think positive”.

I wish when I woke up from my surgery I could have said that to myself ……. We cannot change the past but I do believe that the things that happen to us, are the very things that make us who we are today. Today I am so grateful for my family, my friends, my horses and my love and what tomorrow brings.

Looking back over the years and the things that I have done since that day years ago; An endurance race in Mongolia ! A Performer for RCMP Sunset Ceremonies,  Liberty Horsemanship Performer at the Calgary Stampede. Travelling Internationally as a Clinician, Equine Coach, Judge, Guess Speaker, and Equine Consultant I had no idea my dreams would come true. If you are struggling with anything hold on and keep the faith. I promise you it will get better. Just never give up !

Lorie is currently focusing on expanding how she reaches her clientele.  She is in the process of writing a few books, one is an autobiography, How I Got There, the Journey of a Horsewoman”. This started her love and passion to become a freelance journalist and opening her up to creating the “Cowgirl Channel of Canada, The Way of the Canadian Cowgirl”. A show featuring cowgirls from all across Canada, from women in the farm and ranching industry to arts and entertainment.

“I am always searching for an understanding, always trying to find a “better way”. The training I have obtained over the years helped me develop and create my own philosophy for how I want to work with horses. Communication, trust and respect are key for success. The countless hours I’ve spent improving my horsemanship, combined with having an open minded approach to training and teaching,  has given me an insight into how horses think, and how the human learns.”

In 2007, Lorie re-located to Ontario with her two children, where she started Liberty Lane Farm (located just outside Ottawa area) and continued on her path of refining her training methods. Lorie takes pleasure in the success of others and considers success in helping others her only true gauge of her own success.  She has become a mobile unit; traveling to her students and clinics so she is able to help as many people as she can. Lorie travels across Canada, USA and into Europe and continues to consistency learn from the greatest teacher she has always had, THE HORSE.

“Learn to Ride Together”

Starting a Horse with a great Foundation

One of Lorie’s favourite things to do is start young horses under saddle.

Preparing young horses for work under saddle.  Lorie teaches horses to be soft, responsive and balanced before being backed.

When horses have completed the Starting Groundwork, and are ready to begin working under saddle, Lorie carefully takes horses through this process, making it a calm and positive experience.

Liberty is a true bond between horse and handler.  Lorie teaches Liberty Horsemanship to help her students master the elements of groundwork.

Many struggles people face when working with horses can be improved from the ground.  I teach people to understand their horse from the ground using clear, confident communication. 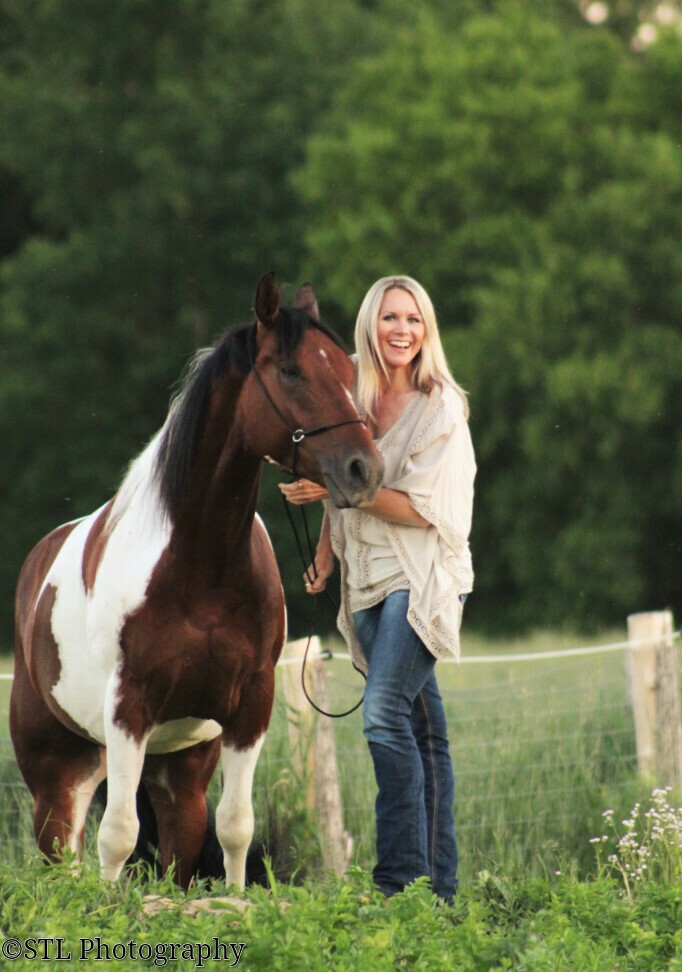 Bad habits, bossy attitudes and spooky imaginations can make time spent with horses challenging.  Learn what to do with horses who are presenting behavior that many would associate as “Bad”. Lorie has several tools to help horses and their owners overcome many common challenges.

Lorie can help horses who have been poorly handled, have formed dangerous habbits or have proved to be difficult to train.  Lorie has had the opportunity to work with a variety of people and their horses in many situations, including breeding stallions, ponies, school horses and elite show horses. Lorie has taken the problem or the challenge and worked to offer solutions to each individual, working specifically to help each and every client.  Taking the time and effort to do the best for the horse and owner.

Creating a happy partnership with humans means horses have to learn how to behave around us.  Lorie helps owners teach and maintain a horse’s manners.

Lorie is an accomplished rider and competitor.  Anyone, from adults to children benefit from her lessons. Lorie has had the chance to work with a variety of people and horses, in several disciplines.